For over 30 years, Move Intermodal has been a leading provider of intermodal logistics solutions. Through our network and partnership approach, we serve our customers across Europe in an efficient and sustainable manner. Thanks to our 300 dedicated employees in 8 countries, and 2.800 load units, 170 own trucks, 60 company trains per week and priority access to European rail shuttle network, we successfully organise over 1.000 movements per day all over Europe.

We are recognised for our excellent services and cost-effective solutions that meet the highest standards of safety and environmental protection. This makes Move Intermodal so much more than just a logistics company. We offer solutions that seamlessly integrate with our customers’ supply chains. You can outsource your entire logistics supply chain to Move Intermodal, from A to Z. We can take care of:

Move Intermodal is a private company with an annual turnover of over €100 million. Our main offices are located in Genk (Belgium) and Novara (Italy).

Are you interested in the services of Move Intermodal? We would be happy to provide you with the most optimal intermodal solution for your transport flows throughout Europe. Contact our sales team by filling out the form! We will provide you a competitive and sustainable offer as soon as possible.

A pioneer in
intermodal transport

Move Intermodal opened its doors in 1986. As part of Ewals Cargo Care, we became pioneers in intermodal transport from the Dutch industrial area of Hazeldonk. 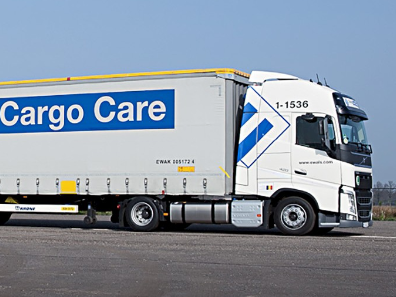 In 1991 Move Intermodal’s current CEO, Luc Driessen, opened an office in Genk (Belgium), which further developed the intermodal concepts we offer to this day.

The liberalisation of the European railways enabled us to start using our very own company trains. In 1999 Move Intermodal was the first Belgian transport company to use its own rail shuttle from Genk (Belgium) to Novara (Italy).

Strong growth figures resulted in even more logistics supply chain innovations like the introduction of the bag-in-box bulk container, advanced storage facilities and the first synchromodal solution. The increasing demand for transport throughout Europe also lead to the introduction of new rail corridors between Antwerp, Duisburg and northern Italy.

In 2011 our current CEO Luc Driessen initiated a management Buy Out of the former Intermodal business unit of Ewals Cargo Care. Since 2014 Move Intermodal is known under it’s current name.

Meanwhile, the intermodal network was extended even further to the key economic areas of Europe (including Spain, the UK, Scandinavia and Turkey). Move Intermodal also invested in its own fleet of trucks, and we expanded our fleet and established the Rail Terminal Chemelot in Geleen (The Netherlands).

You can count on our 30 years of experience when it comes to putting your business on track!

intermodal transport decreases the number of trucks on the road

We work with a closed and sealed container

We work with 60 company shuttle trains per week

From transport booking to delivery, Move Intermodal is 100% in control

With more than 30 years of experience in intermodal transport

Over the years, Move Intermodal has added several companies to its group, ensuring the availability of equipment and terminal capacity. As a result, together with our subsidiaries, we are able to deliver a reliable and punctual service. 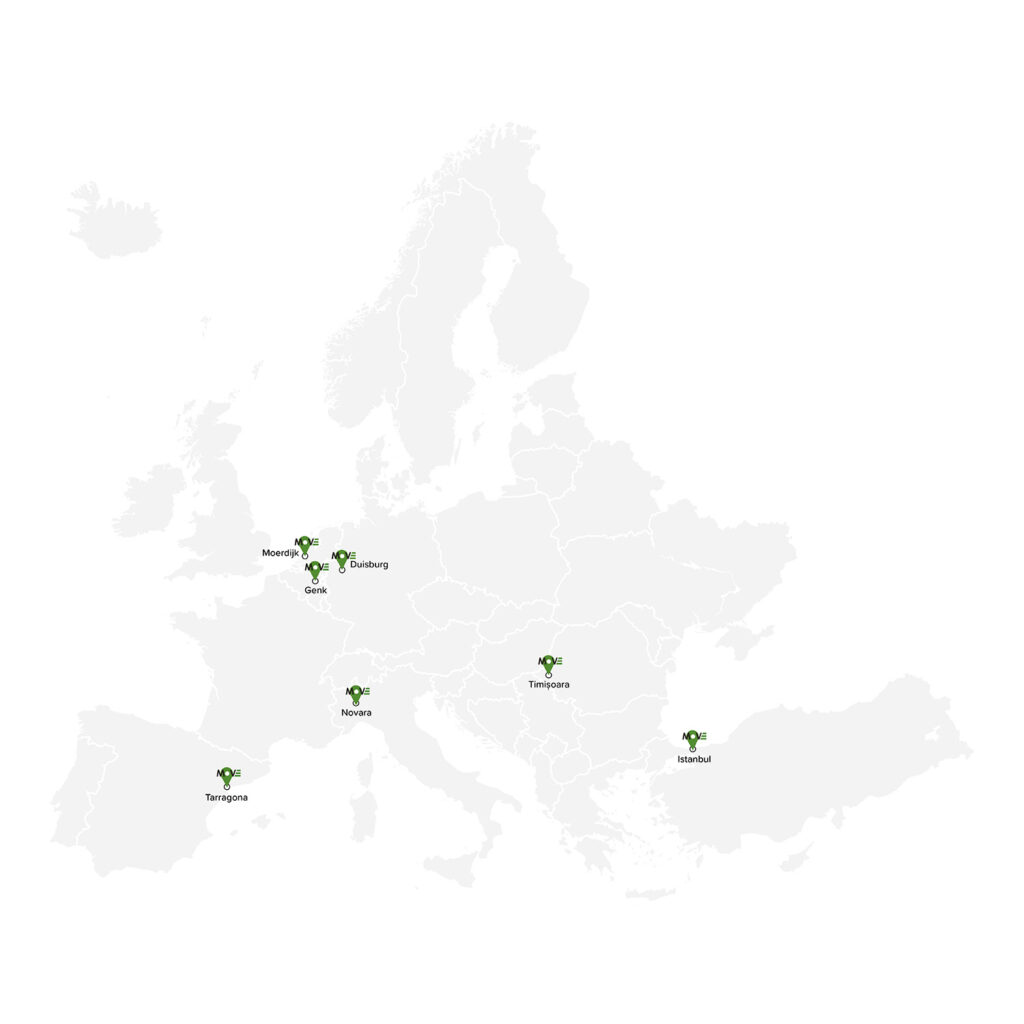 Quality is a value we cherish throughout our company. It relates to everything we do and ensures that we deliver the best supply chain solutions for your business. We strive to exceed our customers’ expectations through operational excellence and continuous improvement.

Intermodal transport allows you to carry more and heavier goods per shipment. We can load up to 30 tonnes in a single shipment! This gives you the advantage of lower transport costs per tonne and fewer vehicle movements on your site, which also increases safety.

Since we cover the largest distance by train or vessel, intermodal transport decreases the number of trucks on the road instantly. In this way, we reduce congestion on the road. Another added bonus is that trains and vessels are not subject to driving bans on the weekends, at night time or on public holidays.

We can decrease the number of shipments thanks to a higher payload, resulting in lower CO2 emissions, but there’s more… Intermodal transport also uses more sustainable transport modes, such as trains and vessels, which can further decrease CO2 emissions by up to 90%. As such, we contribute to a greener environment, and so do you, as a customer. Did you know that we even provide you with a CO2 certificate at the end of the year? On top of that, we are committed to the Responsible Care and Operation Clean Sweep programme and we are SQAS-certified.

Did you know that Move Intermodal can also store a container as stock at a nearby terminal? This allows for stock deliveries to the factory on demand, ensuring you are always prepared in case of unforeseen circumstances and you always have safety stock on stand-by.

We work with a closed and sealed container from the point of departure to the point of arrival, which decreases the risk of damaged goods. We also carry out constant process monitoring, from loading to unloading, as well as during goods storage within the same container, which reduces the risk of theft.

We work with 60 company shuttle trains per week, operating from several terminals, combined with our fleet of over 2.800 different loading units. Moreover, thanks to our strong partnerships, we enjoy priority access to the European rail shuttle network. This allows us to design supply chain solutions entirely tailored to your needs!

We believe that people are the key to delivering the best possible service to our customers. Our team of 150 back-office staff, over 350 drivers and numerous terminal partners are all highly motivated and passionate about their job. We move green, we move together and we move intermodal to provide you with a top-notch service.

From transport booking to delivery, Move Intermodal is 100% in control, resulting in high-quality solutions. This is also reflected by great transparency: your single point of contact ensures a proactive follow-up of all your transports.

With more than 30 years of experience in intermodal transport, Move Intermodal is truly a pioneer. We have acquired a lot of practical experience, know-how and strong partnerships that make us a real intermodal expert.